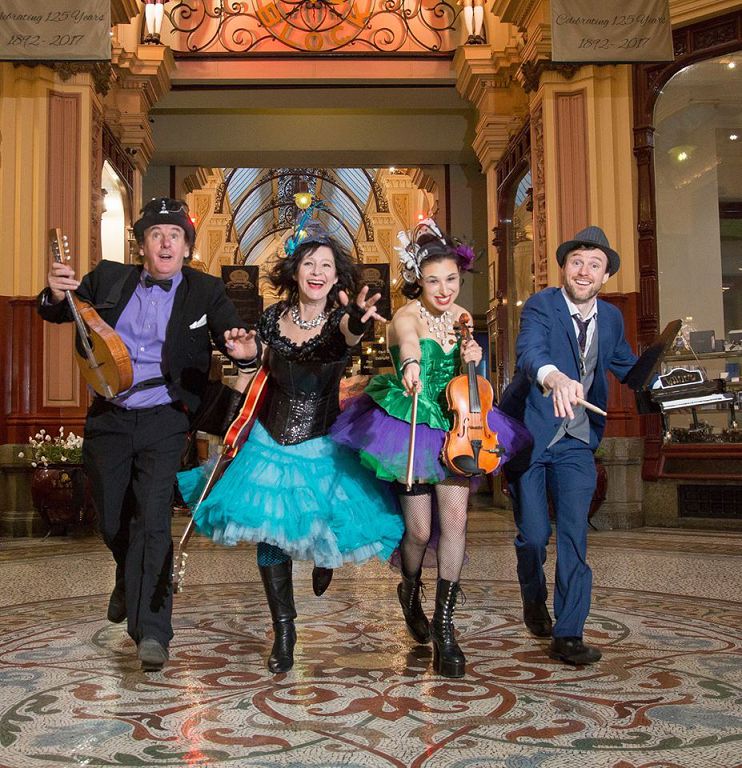 Sarah (Violin), Silas (Piano, Drums), Jen (Guitars) and Terry (Mandolin) formed the band in Melbourne Australia in 2014 as a way to explore their musical roots and bring their favourite spicy instrumental music and classic continental standards into the modern age.

Their most recent album “Wheel of Poor Choices” was released in March 2017. It features their most popular tunes from their live shows and captures their enthusiasm, craft and cheekiness. 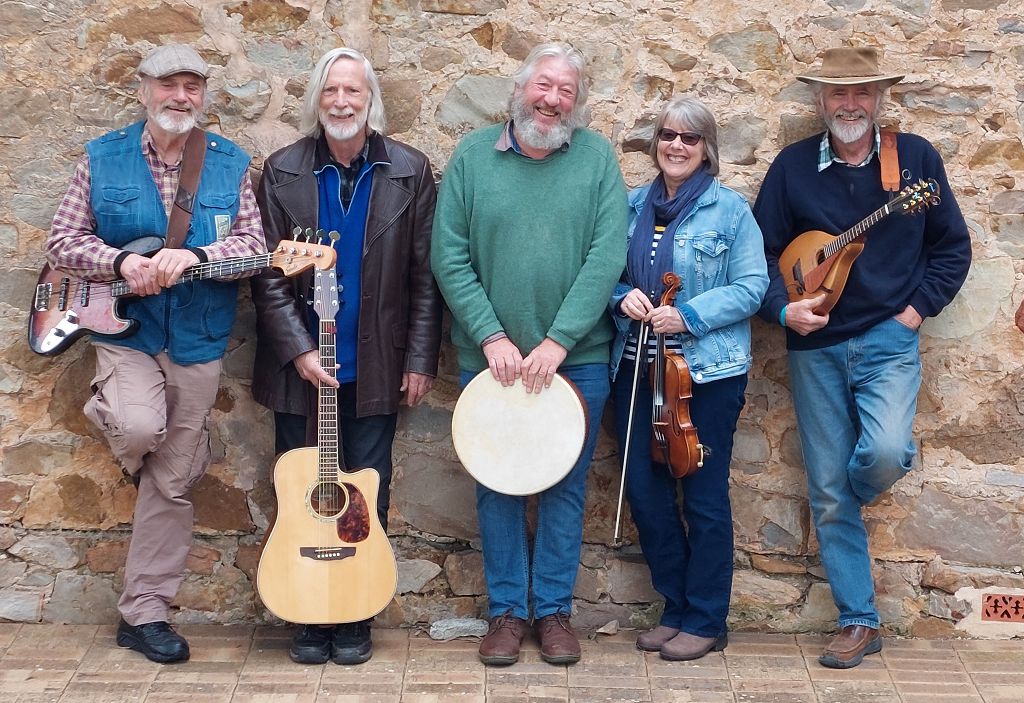 Brushwood is an Adelaide based band playing a mix of up-tempo songs, ballads and lively tunes. The velvet voice of Joe Cairns, great harmonies of Brent Miller (Bass) and Mike McGregor (Mandolin, Bouzouki and Guitar), Kath Kennedy on fiddle and now joined by Sean Flynn on guitar. Brushwood can be seen at many festivals around the country and members will often be seen at sessions around South Australia. 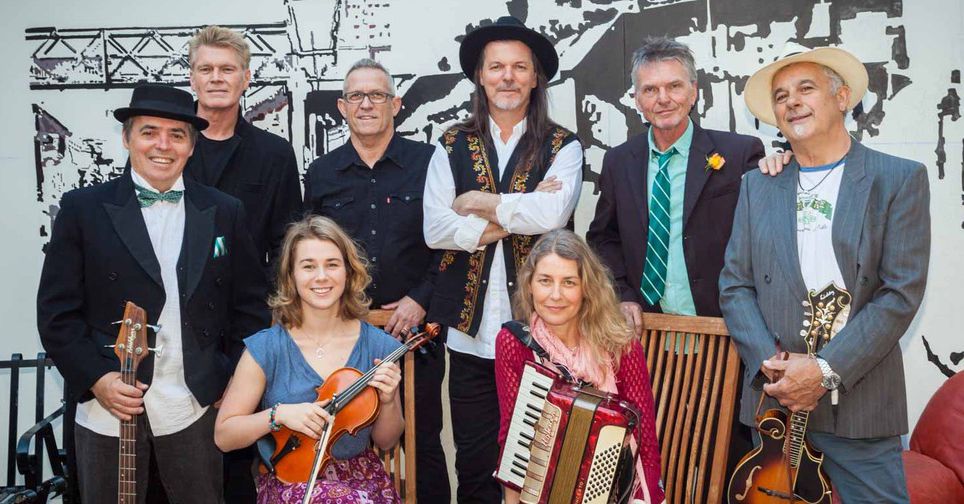 Kelly’s Wayke was actually born at an Irish wake for Mick Murphy, brother of band member Brian Murphy and family friend of the Kelly’s, so when the Kelly’s and the Murphys got together for Mick’s wake, all the old Irish songs our parents had taught us when we were growing up were played to celebrate Mick’s life. We were playing for 6 to 7 hours at the back room of the pub when the publican came into the room. We thought he was going to kick us out for making too much noise but he said, “No, we turned off the jukeboxes hours ago, we’ve been listening to you guys all night”. A quick phone call from Damien to Brian and Paddy the next day and Kelly’s Wayke was born and we celebrate love, life and all in between! 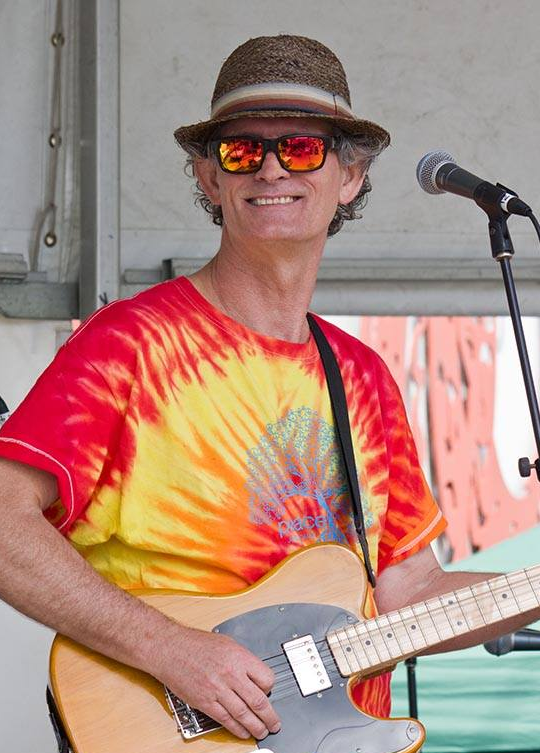 Legendary entertainer and festival favourite Greg Champion, who has performed in New Zealand, USA, France, Fiji and all corners of Australia, is part humourist, part folkie, half hippy, half bogan, part Victorian and completely South Australian.

As a radio personality he has been a member of the Coodabeen Champions since the early 1980s and is well known for his unique blend of comedy, sport parodies, country and folk music. He has performed at a number of AFL Grand Finals, One-Day Cricket Finals, countless functions at the MCG and just about every music festival in Australia. 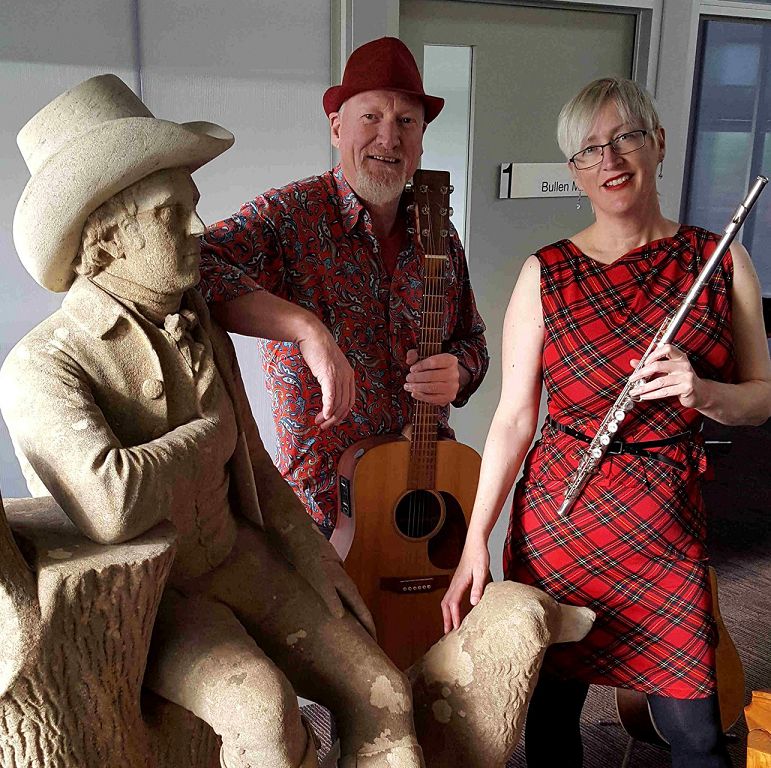 Don discovered his Scottish history through its songs and stories taught by his father and friends. The work of Robert Burns was an essential part of the tradition. Angela’s classical roots have loosened up into folk and funk styles along the way! The Twa Bards have a tartan heart that time travels! “May your pulse beat as your heart would wish!” 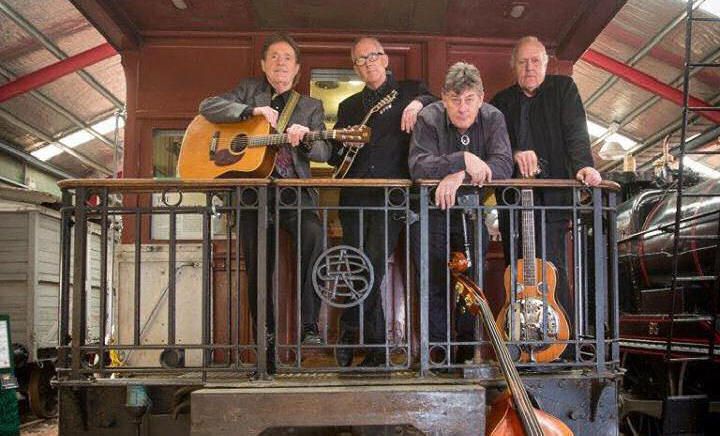 A top bluegrass band based in Adelaide, The Crooked Road boys have come together to play original music that combines the bluegrass tradition with contemporary flair. In their long history with bluegrass in Australia and New Zealand, Crooked Road have toured widely and recorded many albums with artists from around the world.

Crooked Road are: Phill Parker on guitar and vocals, Andrew Hook on vocals, mandolin and guitar, Dave Taylor on vocals, double bass and guitar, Leonard Cohen on vocals and dobro. 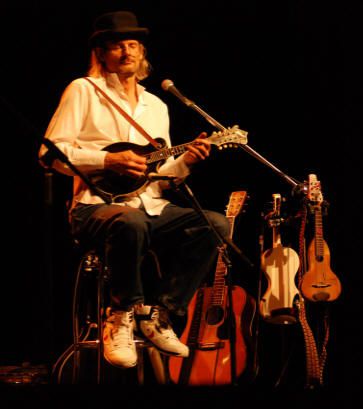 Andrew Clermont is a chameleon multi-instrumental musician from bluegrass to Indian, Scandinavian to old time. He is a 3 time Bluegrass Guitar Champion and a Director of the Golden-Fiddle Awards in Australia! 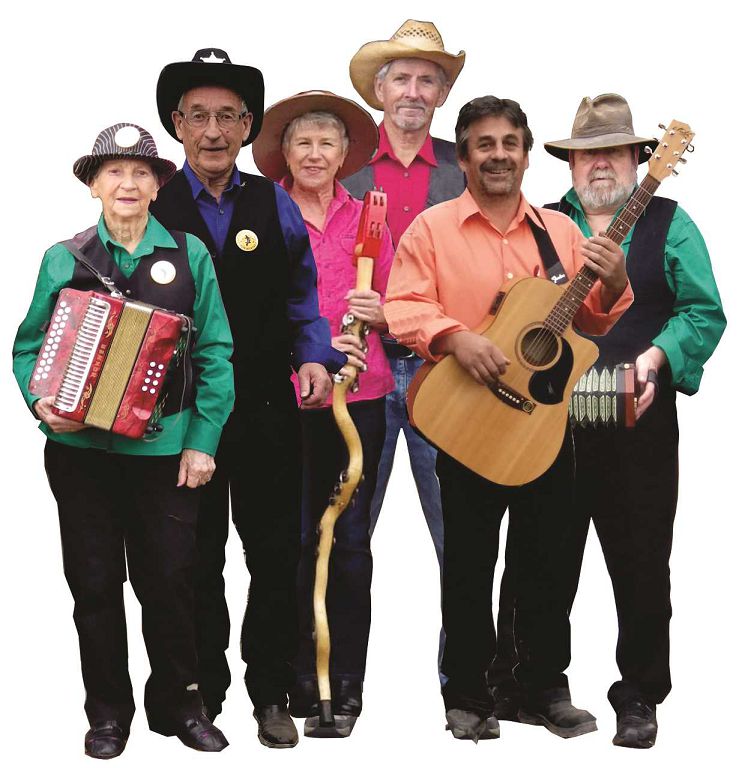 Stumpy Gully is a fun band that was formed to support community events and raise funds for local charities and community groups. The group plays a mix of bush, folk and bluegrass often interrupted by spontaneous outbursts of bush poetry or lively banter. 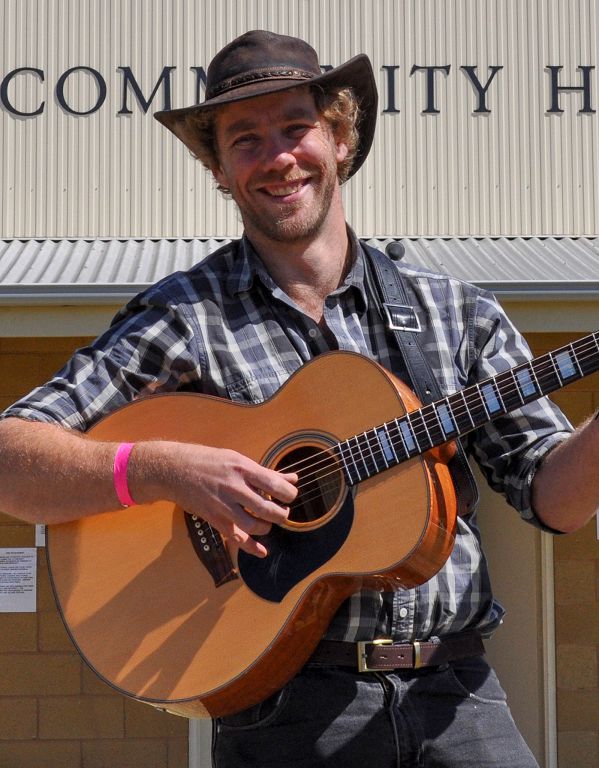 A Sandford Festival regular, Luke is a singer-songwriter with a powerful bass voice accompanied by acoustic guitar, varying in style from folk to country and rock. Currently living in Mullumbimby NSW, he grew up in Gippsland and has worked for many years in the Northern Territory. With carefully-crafted lyrics delivered in rousing anthems and contemplative ballads, his songs range from Australia’s First Peoples to rural communities battling miners and some light-hearted commentary on modern life. He also enjoys covering artists such as Redgum, Shane Howard, Eric Bogle and Johnny Cash. Luke regularly appears at the Folk Festivals in NSW and Victoria. 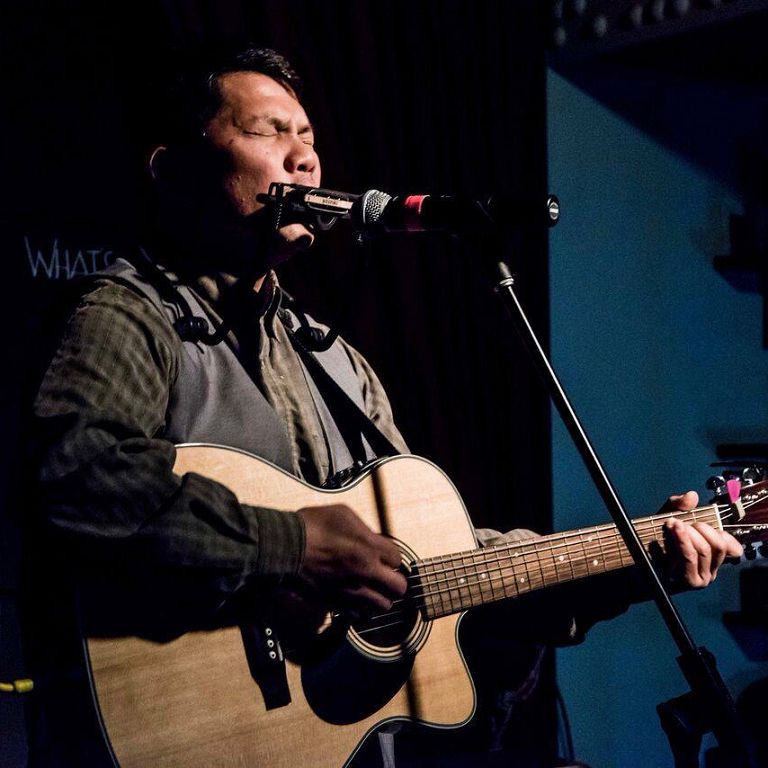 Whilst embracing a variety of styles, Jose has never forgotten his folk and country roots. “Music is for everyone” he says and so he becomes somewhat of a “musical evangelist”, running jam sessions, playing in various bands and promoting music participation wherever he can. If you like John Denver and Johnny Cash there is a good chance you’ll like Jose. 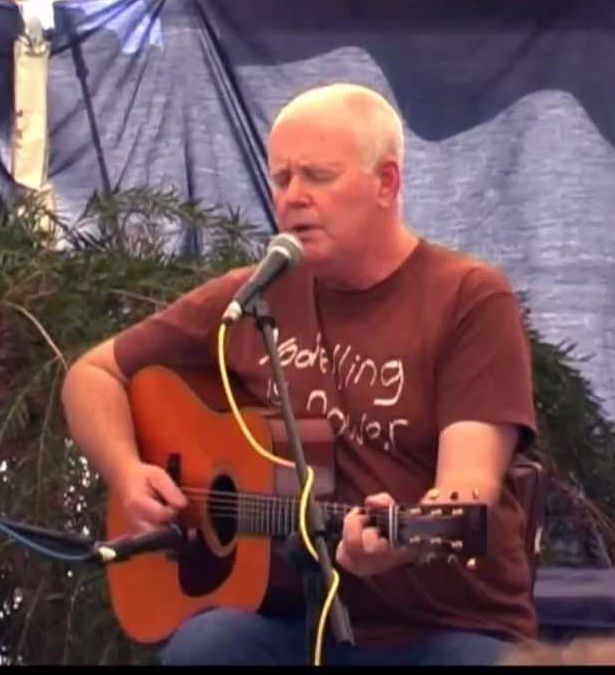 Paul Wookey has been a distinctive singer and songwriter since he first discovered the music of Woody Guthrie and Bob Dylan and was inspired to pick up a guitar and emulate his heroes. Over many years he has honed these skills to become a polished performer and has toured extensively throughout Australia and overseas.

A regular performer at folk and country music festivals, he won the prestigious Best New Artist Award at the Tamworth Country Music Festival in 1981 in recognition of the quality of his first album, “Mountain Breakfast” distributed through EMI. Paul’s music is not easy to classify, sitting somewhere between folk, blues and country music with a more or less even distribution of Irish, American and Australian influences.

What counts, of course, is the quality of his performance and this has been recognized and acclaimed at concerts, on radio and at festivals over many years. 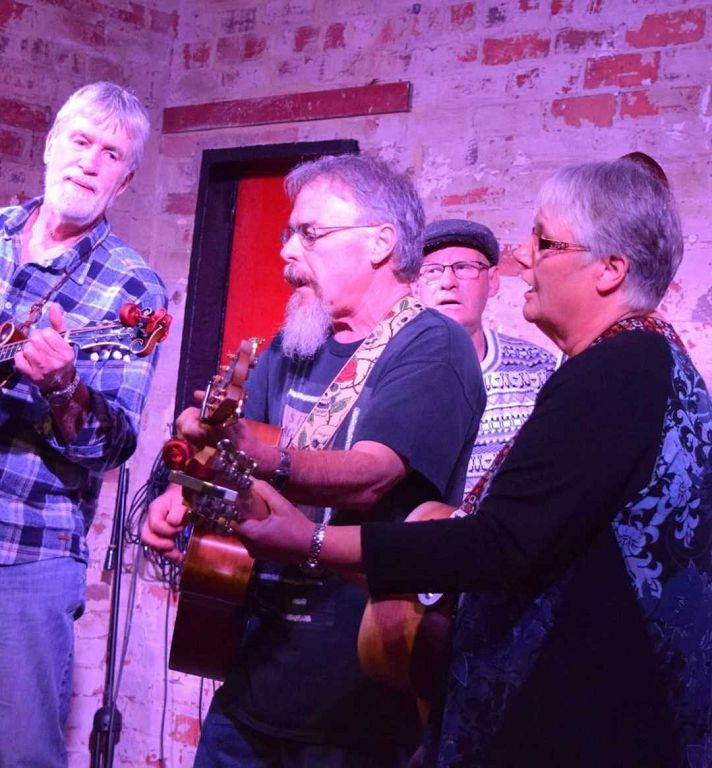 The Mafeking Hillbillies comprise siblings Steve “Errol” Laws and Liz Wakely (guitars & vocals), along with David O’Doherty (mandolin) and Tom Saunders (double bass and vocals). Steve and Liz grew up in Maffra in the Gippsland region. They lived opposite a park called Mafeking Hill, hence the name. David lived a couple of streets away and Tom is a blow-in who, fortuitously, moved to the area. Folk, Bluegrass and Country influences are evident and vocal harmony is a feature. 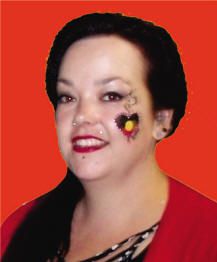 As a 3 year old Sarah went missing at a festival and eventually turned up in a costume on stage. Apparently she had gatecrashed a group preparing for their act and they didn’t have the heart to chase her away. She still loves to perform but these days she doesn’t have to gatecrash other people’s acts. Sarah sings and plays piano/keyboard at pubs, clubs, corporate events and parties. 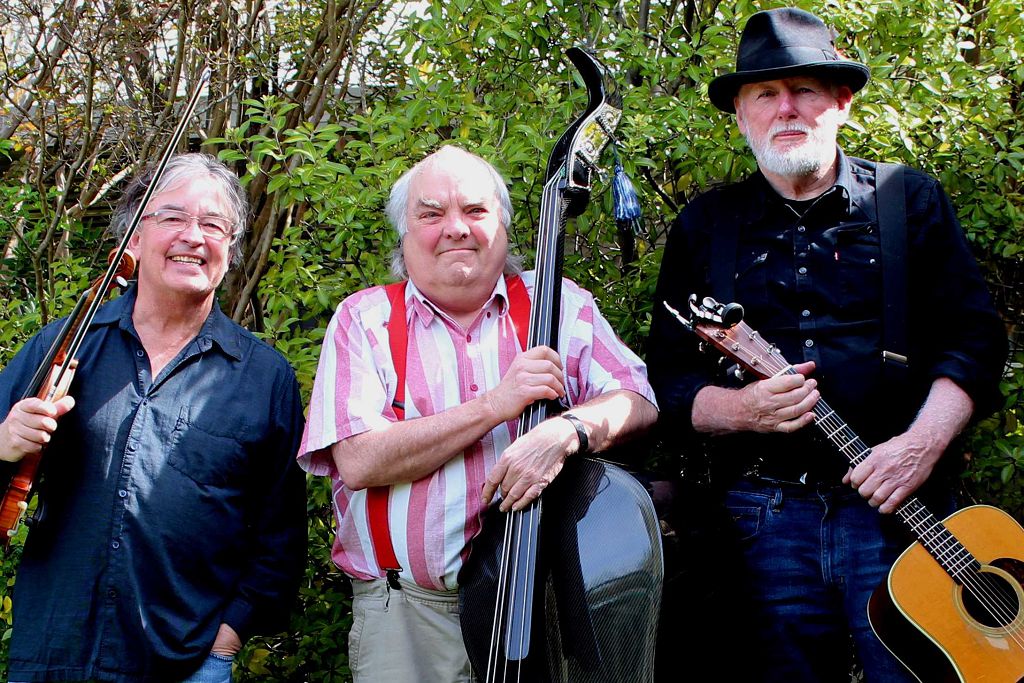 Fiddler, Ashley Turner, plays a variety of styles and focuses on ‘Old Timey’ and Western Swing. He collaborates with Henk and other great Australian musicians and songwriters.

Tony Schick started playing Celtic music as a guitarist with local bands in the 70s, but over time he developed an affinity with the double bass. In another dimension he also plays double bass with the Adelaide Scottish Fiddle Club and The “In Your Dreams” String Band. 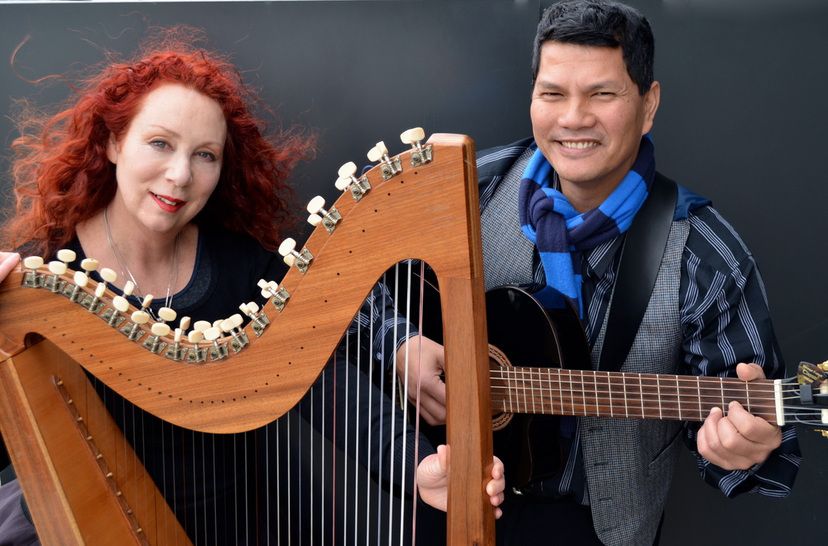 “Acoustic ripples upon a sea of imagination.” Beautiful traditional and original music that has stunned audiences wherever they’ve played. Barbara’s ethereal soprano voice combines with Jose’s earthy baritone vocals to produce an amazing blend filled with texture and passion. HUT is a like-minded group of people who love making music together and bonding over a cup of tea or two. They have performed for appreciative audiences at clubs around Southern Adelaide with a style of music that could be described as a broad range of folky blues. If you’re curious, the band name came from a building on Geoff Byhams property.

The band started in 2012, slowly evolving into the current line-up. John Jaggard (guitar, vocal) has been hanging around musicians for some years and would like to become one when he grows up. Kath Kennedy (fiddle) has been fiddlin’ around Adelaide for quite some years. Kath is also quite handy on ukulele, melodica, vocal harmonies and even the Egg! Warwick Moyse (bass guitar), in musical years, Warwick is still a teenager! When he grows up, he’s likely to become a musician as well. Monica Moore (vocals, ukulele) has always been partial to singing in bathrooms with good acoustics. She graduated from bathrooms to campfires and has been a vocalist with HUT for a several years now. Geoff Byham (mandolin) is an old folky (fogey?) who likes a bit of rock ‘n roll, blues and bluegrass. Josie Eyk (percussion) loves music! From singing songs around the piano to playing her guitar and ukulele. Her progression to percussion has realised yet another musical passion. 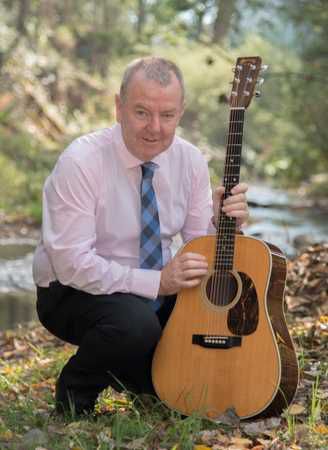 An accomplished multi-instrumentalist on guitar, tenor banjo, Irish bouzouki and mandolin, As a teenager Tony began playing hard rock and anything else above 100 decibels! He also dabbled in fingerstyle and folk guitar eventually falling in love with jazz guitar. Later he began flatpicking and followed up with Irish music sessions. Tony has played alongside some of the most respected names in Bluegrass and Irish music. He has written a number of books and has released three CDs of Irish music. He has won or been placed in a number of writing, singing and playing competitions. 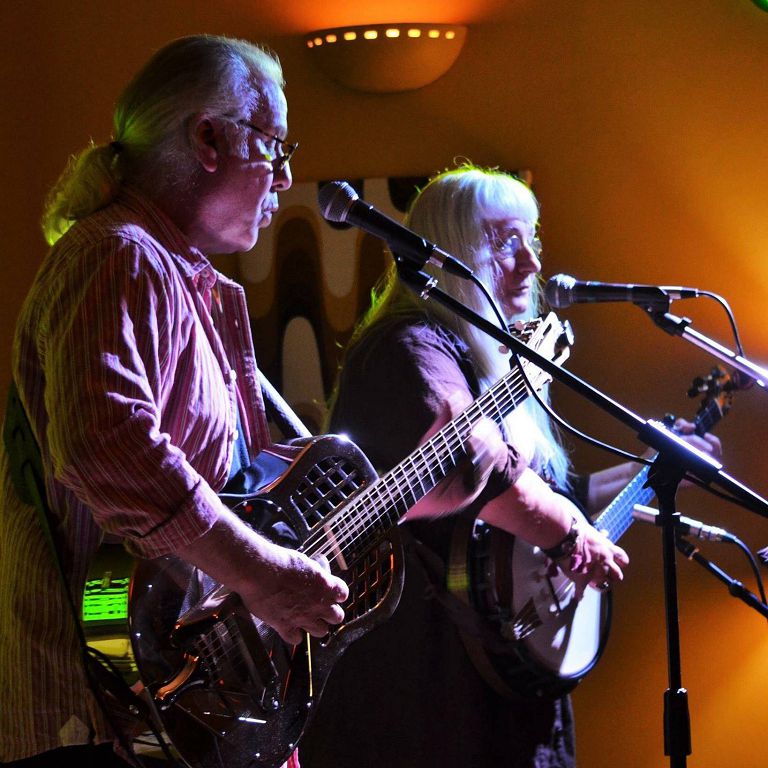 We are indeed fortunate to have secured appearances by Moonshine Coalition. This duo produces an immaculate sound, clear and crisp, their harmonies are superb and the interplay between guitar and banjo is outstanding. They have received enthusiastic responses from audiences in Berlin and Nashville as well as all corners of Australia. Moonshine Coalition’s original songs are described as “honest, heartfelt and authentic.” A must see . . . . they never disappoint.

Possums On The Porch 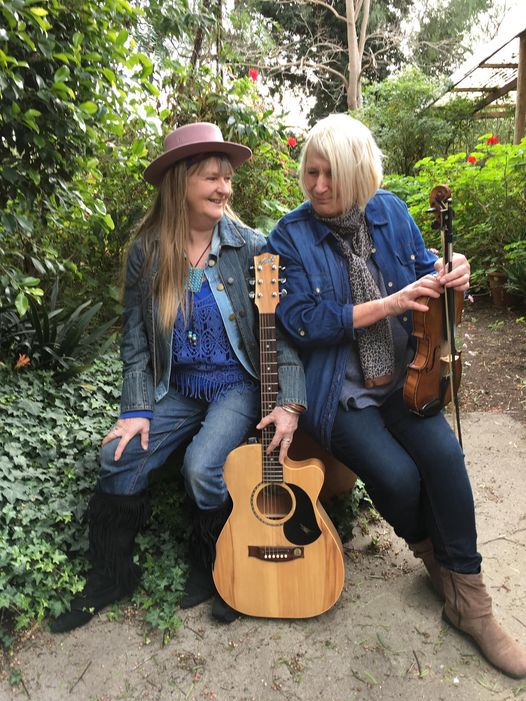 Possums on the Porch is a duo consisting of Lyndie Jacobson (fiddle, harmonica, ukulele, vocals) and Claudia Collins (acoustic guitar, ukulele, vocals). The ladies decided to form a duo in 2016 to pursue their love of Modern Country Ballads, Blue Grass, Old Timey and Folk Music. Of course, being who they are they cannot help but put theatre and comedy into their act as they do in their everyday lives. You may catch ‘Possums on the Porch’ at cafés, clubs, wineries, festivals and markets or even busking in the Geelong and Bellarine District. 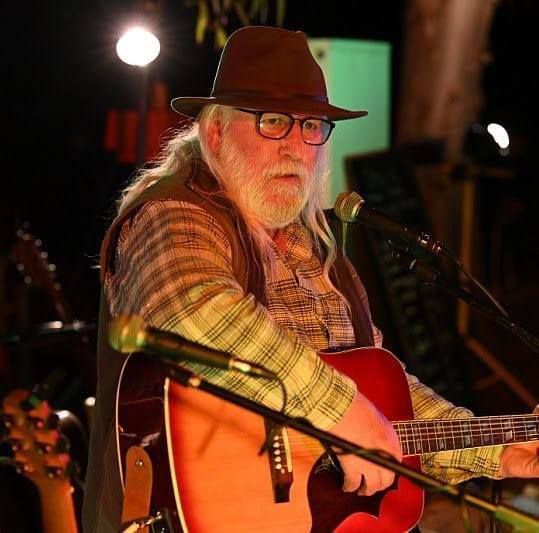 Lance has been a music enthusiast for as long as he can remember and a performer for the last 45 years. His current repertoire is diverse. He may do a Blues number followed up by a traditional Scottish ballad and an Irish or American protest song. A Stan Rogers classic may follow one of Bob Dylan’s offerings but then again it may be a haunting love song. Whatever he delivers you can feel the strength of Lance’s passion for his music.

The Drongo and The Crow 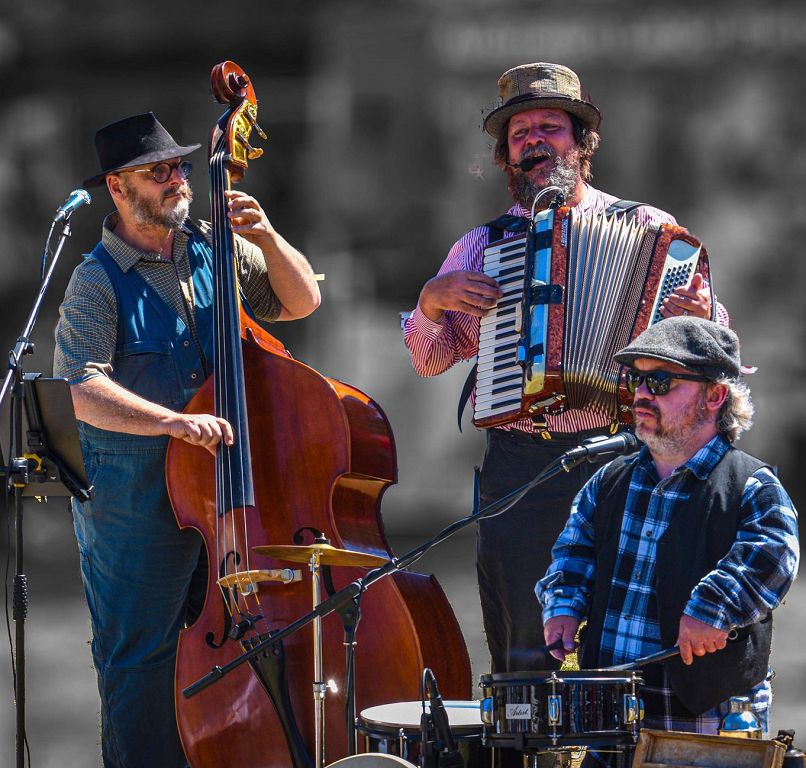 The Drongo And The Crow tell musical stories of Colonial Australia. With their keen interest in history, they share songs from the country and the city that recount our colonial past. Their music celebrates Australia’s shearers, miners, drovers and sailors and the families that supported them. They also mix songs of hardship with comedy and sneak in some more recent songs that hark back to an earlier time.